Standing the
Test of Time

Gordon Beach Inn was built in the 1920s and has been a favorite of visitors to Harbor Country ever since. In 1991, owner Devereux Bowly renovated the Inn with great care and consideration. Artisan Jo Hormuth was brought in to hand stencil walls and corridors with designs based on botanical themes and local Native American patterns. The 20 rooms at Gordon Beach Inn were updated with private baths, heat and air conditioning. Select rooms also include a jetted hot tub, private deck, and refrigerator.

The result is a historical inn with a warm, distinctive atmosphere. We hope you will join us soon. 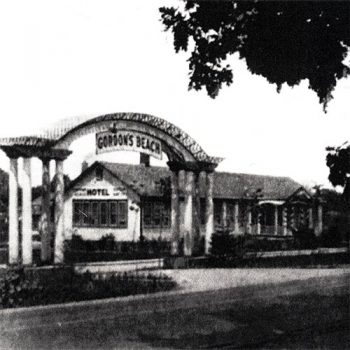 Gordon Beach Inn is nationally-known and recognized on the State of Michigan register as a State Historical site. We have been featured in the Washington Post, Chicago Tribune, Chicago Magazine, Lake Magazine, and WGN Radio 720 AM Chicago. Our state historical marker reads:

“Built in 1924 by Louis and Lena Gordon, and expanded four years later, Gordon Beach Inn was the centerpiece of the Jewish resort subdivision of the same name. The Gordons operated the inn for a decade before losing it in the Great Depression. Robert Miller, an African American and a former Chicago alderman, purchased the property in the 1960s as Gordon Beach was integrating. The inn was restored in 1991 to its 1920s appearance.” 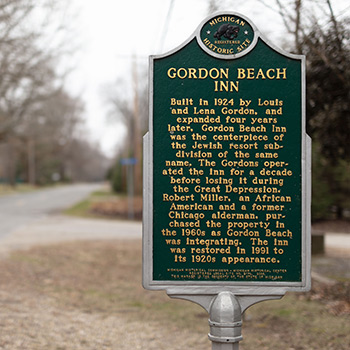 Devereux Bowly passed away in 2014, leaving Gordon Beach Inn and Lakeside Inn to the care of his sister Judy and her son Zach. Judy and Zach are excited about the future of Gordon Beach Inn. Devereux used to say he did not think of himself so much as the owner of the property, but rather as its custodian for present and future generations. Zach and Judy share his sentiments.

We encourage you to explore Gordon Beach Inn’s history during your stay with us. Our staff is happy to answer any questions you have about the inn and highlight some of its historical elements for you. 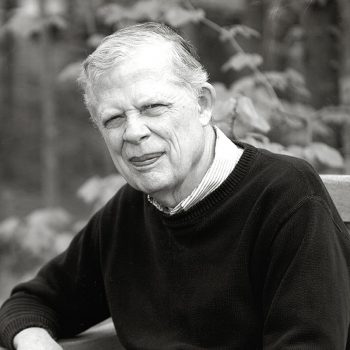